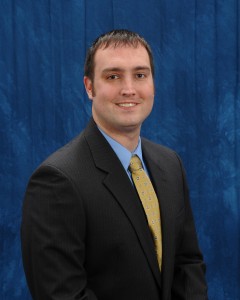 Chris is the product of a rural Central Pennsylvania upbringing and education. After graduating from West Perry High School, he attended Penn State University’s Mont Alto and University Park Campuses, pursuing a Bachelor of Science degree in Mechanical Engineering and a minor in Engineering Mechanics. Even as a young person, Chris’s membership in community groups, including the Boy Scouts of America and church youth groups, has instilled in him a sense of public service.

In 1999, a year after graduating from Penn State’s College of Engineering, Chris moved to Northern Dauphin County to become a product engineer for Dauphin Graphic Machines. As he settled in, Chris became increasingly engaged in the local community.

He designed the logo for the Millersburg Bicentennial Celebration and contributed to fundraising over $300,000 to pay for the Bicentennial’s schedule of events by merchandising memorabilia featuring the logo. Chris co-founded the Tour de Millersburg cycling race as a component of the Bicentennial. As President of the Tour over the last three years, Chris is proud to say that it has raised over $25,000 in proceeds for community non-profit groups, and through its volunteerism scholarship program has contributed $2,000 to college bound high school seniors. In addition, more than 500 annual visitors including racers are introduced to Millersburg, providing an economic boost to the town’s businesses. During year two, women’s categories were added to the race schedule and it was important to Chris that the prize purse was equal for men and women.

Chris became a homeowner in 2003 and began the restoration of a circa 1890 Victorian home in Millersburg. Once he became a property owner, he became interested in the local governance of the borough. As an appointee to Borough Council in 2006, Chris became the chair of the Parks and Recreation Committee. As Chair, he oversaw the multi-year development process of the Borough’s Master Park Plan. Chris has been elected Vice President and currently President of the Council by his peers and has been reelected twice by the voters of Millersburg.

His Borough Council accomplishments include creating the Borough website to foster greater transparency, negotiating contracts with the Borough police union, and developing a direct marketing plan through the Borough to coordinate local businesses and attractions with the Hershey Harrisburg Visitors Bureau. Perhaps his greatest success has been in securing over half a million dollars of funding from state, county, and local sources to build the Millersburg Riverfront Park: Gateway to the Lykens Valley Rail Trail project.

As Product Engineer at Manugraph DGM, Chris has gained experience designing safety guards, sheet metal enclosures, electrical boxes, and pneumatic and oil systems. MDGM has sent him onto job sites to troubleshoot issues and solve problems. An extensive portion of his current duties include employing 3-D CAD to design and detail new parts and assemblies. Manugraph DGM, like many companies, recently downsized, and it now employs less than one quarter of the people it used to employ. Chris was caught in this contraction and was laid off for over a year. Although he has been rehired, this experience has shaped his life goals and has made him determined to make attracting and retaining jobs a top priority if he is elected state representative.

During his layoff, in the downtime from his job search, Chris poured significant time into grant writing for Millersburg Borough and into developing the Tour de Millersburg into a first-class cycling event. It was somewhere between searching for work and working to promote Millersburg that he realized what his dream job would entail. It would consist of advocating full-time to improve the quality of life for his friends and neighbors.

Chris and his partner Alexander Reber enjoy getting to know their community and spending time with Chris’s cat Chief.